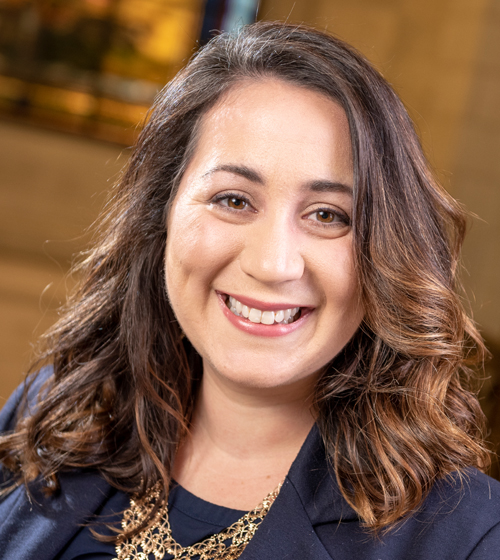 Emily J. Mueller serves as the active Solicitor of Harrison Township. She has extensive experience in all facets of local government, including running public meetings and hearings, assisting clients with zoning and land use issues, property maintenance issues and demolition proceedings.  END_OF_DOCUMENT_TOKEN_TO_BE_REPLACED
Take a walk around your neighborhood. You may be surprised to see a chicken coop or beehives in a neighbor’s backyard. Or perhaps you walk past a house, on wheels, that appears to be too small to live in. While these things may seem unusual to you, they are uses of residential properties that are beginning to become more and more common. This is very apparent in the municipal arena, as, quite often, residents are asking their local officials to regulate these activities, and local officials have to decide what form of regulation, if any, they will adopt. Many local governments have decided to address these areas through zoning.

Pennsylvania municipalities are authorized under the Municipalities Planning Code (“MPC”), 53 P.S. §§ 10101, et seq., to zone for and regulate land uses within their jurisdictions. While it may not be obvious, this zoning power allows for local governments to place limits on the location and number of certain types of animals in its zoning districts. See generally Hess v. Warwick Twp. Zoning Hrg. Bd., 977 A.2d 1216 (Pa. Cmmw. 2009); Tirpak v. Summit Hill, 515 A.2d 1018 (Pa. Cmmw. 1986).

One new land use that is popping up in residential zoning districts is a form of urban farming: the keeping of chickens, other farm animals and bees at single-family dwellings. To reduce the amount of noise generated by this use, many zoning ordinances that permit chickens in residential districts will prohibit the keeping of roosters and limit the number of hens that may be kept at the property. Additionally, zoning ordinances may require the chickens to be kept in a vermin- and predator-proof coop that is surrounded by a fence, so that while certain animals are kept out, the chickens may not freely roam. Zoning regulations also may require that chickens be kept in a rear yard, with the coop set back a certain distance from property lines, which will also help reduce any noise and the impact the use may have on neighbors.

Similarly, zoning ordinances that allow beehives to be kept at single-family dwellings may limit the number of beehives permitted at the property and restrict the location of beehives to the rear yard. Additionally, the zoning regulation may require that beehive entrances be placed in a direction that causes bees exiting the beehive to first fly across the owner’s yard, rather than a neighbor’s yard. Also, zoning ordinances may require a flyaway barrier, such as a fence or dense vegetation, to help cause the bees exiting the hive to fly upwards and thereby avoid contact with people and reduce the risk of bee stings.

Another use that is gathering momentum in residential districts is living in tiny houses, which tend to be less expensive to purchase and maintain. Under the MPC, municipalities may regulate the size, height and bulk of structures. 53 P.S. § 10603(b)(2). However, tiny houses often are so small that they do not comply with existing zoning requirements for the minimum living or floor area for a residential structure. For example, tiny homes for sale on the Internet can range from 96 square feet to 500 square feet. Additionally, the minimum lot size required for a single-family dwelling may be larger than what the owner of a tiny house desires.

Municipalities interested in providing for these types of structures may need to amend their zoning ordinances to allow for not only smaller homes but also for smaller lot sizes. Additionally, in order to better regulate this new use, a municipality may want to amend its zoning ordinance to specifically define “tiny house” – so that it is distinct from a single-family dwelling – and to provide for regulations specifically applicable to tiny houses. For example, a Fresno, Calif., zoning ordinance requires tiny houses to be situated on wheels, have at least 100 square feet of first-floor interior living space and contain basic functional areas that support normal daily routines, such as cooking, sleeping and toiletry.

At one time, “a pig in the parlor instead of the barnyard” was considered to be a right thing in the wrong place, see Euclid v. Ambler Realty Co., 272 U.S. 365, 388 (1926), much like a chicken in the backyard instead of the barnyard. However, as the character of localities change and new land uses appear, zoning ordinances, too, may be changed to allow not only for the new uses, but to make sure the communities and their residents are adequately protected.

As published in the May 25, 2018 edition of the Allegheny County Bar Association's Lawyers Journal: Vol. 20, No. 11
“
As the character of localities change and new land uses appear, zoning ordinances, too, may be changed to allow for not only new uses, but to make sure that communities and their residents are adequately protected.
- Emily Mueller
END_OF_DOCUMENT_TOKEN_TO_BE_REPLACED END_OF_DOCUMENT_TOKEN_TO_BE_REPLACED

This was Emily's first time co-chairing the event, where she also served as a Moderator, but she has been active in the conference as a presenter for many years.
END_OF_DOCUMENT_TOKEN_TO_BE_REPLACED

Both active and experienced municipal solicitors, Emily and Kate presented on the modernization of zoning ordinances, discussing new trends and enforcement tips.
END_OF_DOCUMENT_TOKEN_TO_BE_REPLACED