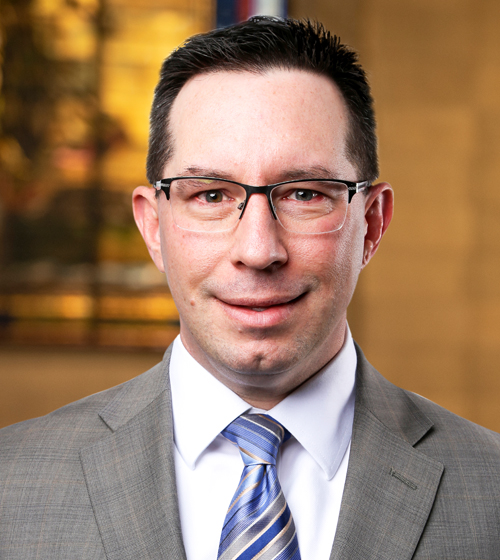 Back to all Attorneys
Shareholder

A member of the firm’s Municipal Tax & Creditor’s Rights Group, George’s primary focus involves the collection of delinquent taxes on behalf of the City and School District of Philadelphia.

George has over fourteen years’ experience as an attorney collecting Philadelphia real estate taxes and has litigated thousands of enforcement actions. George frequently prosecutes and defends appeals in Pennsylvania’s Superior and Commonwealth Courts with an overwhelming success rate, resulting in numerous favorable published Opinions. George has defended clients in civil actions relating to real estate taxation filed in the Court of Common Pleas and U.S. District Court. George also has substantial experience litigating in the Montgomery, Delaware, Chester and Bucks County Courts of Common Pleas, and in administrative hearings at both the state and local levels. Prior to focusing on municipal tax and creditors rights, George practiced as a trial attorney in the house counsel office of a major insurer, specializing in the defense of automobile liability cases.

George regularly serves as an Arbitrator for the Philadelphia County Court of Common Pleas.

The United States Distict Court for the Eastern District of Pennsylvania