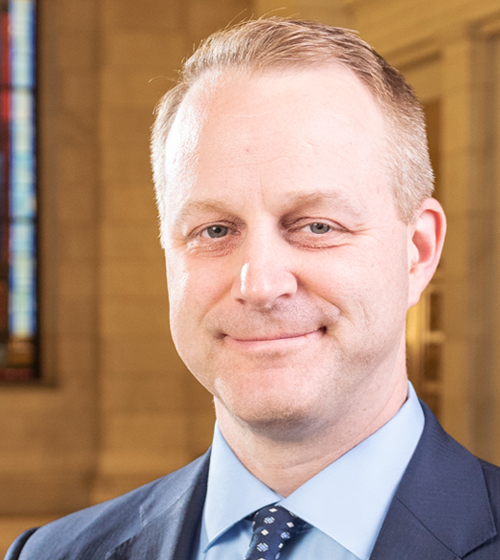 Brian T. Lindauer has served as the firm's Managing Partner since 2018. He is also a member of the firm's Business and Real Estate Law Groups. END_OF_DOCUMENT_TOKEN_TO_BE_REPLACED
The City of Pittsburgh has so many tremendous attributes that, for those of us who have lived here our entire lives, it is easy to take them for granted.  Championship caliber sports teams, Fortune 500 companies and premier hospitals and universities are just a few examples of why our region perennially resides atop the lists of the best places in the country to live.  When describing what makes Pittsburgh a premiere metropolitan center, one cannot overstate the importance of the fourteen-block area bordered by the Allegheny River to the North, Tenth Street on the East, Stanwix Street on the West and Liberty Avenue on the south, aptly designated as Pittsburgh’s Cultural District. Housing dozens of theatres, galleries and restaurants, the vibrant Cultural District is as critical to our City’s success and notoriety as any other component. You don’t have to go back very far in time, however, to find a dramatically different urban landscape.

Twenty-Five years ago the area that now comprises the Cultural District was riddled with nuisance bars and red-light entertainment. H.J. Heinz Co. CEO, Jack Heinz, introduced the idea of revitalizing this important part of Downtown through development of a thriving cultural center.  In its time, the notion was not necessarily well-received.  “People thought he was crazy,” noted Jocelyn Malik, of the Pittsburgh Cultural Trust. Undaunted by the critics, Heinz launched head-long into a project that would transform not only a handful of city streets but the very complexion of a region known for blast furnaces and blue collar grit. In 1984, with the benefit of an endowment from the Heinz family, the Pittsburgh Cultural Trust was born.

Over the next two decades the Cultural Trust engaged in the very slow but deliberate process of acquiring approximately fifteen “nuisance” properties along Liberty Avenue and adjoining streets.  The first major project was the $43,000,000 renovation of the Stanley Theatre, which is now known as the Benedum Center.  Renovations to Heinz Hall, the Byham and Harris Theatres followed.  Today the Cultural Trust manages over 1.2 million square feet of downtown space, including 14 new cultural facilities, public open spaces and various commercial developments.  In addition to hundreds of plays, musicals, operas, gallery exhibitions, speakers and ballets, the Trust sponsors many high profile annual events, including the Three Rivers Arts Festival, the Gallery Crawl and First Night Pittsburgh.

While advancement of the arts through cultural programming is its primary mission, the Trust has had a significant impact on the physical appearance of the Cultural District itself.  Funding from the Trust has been used to create streetscapes, develop aesthetically pleasing open space and renovate building facades. The Trust has also played a major role in the residential housing development flurry of recent years, in an effort to attract professionals to not only work, but live in the downtown area.

Despite unparalleled success in its mission, the Pittsburgh Cultural Trust has suffered, like so many other nonprofit organizations, from these difficult economic times. Approximately one half of the Trust’s public funding sources has been eliminated in recent budget cuts, leaving a gaping hole in its operating budget. Facing this dramatic shortfall, the Trust reached out to Pittsburgh’s legal community for help.

Recognizing the vital role that the Cultural District has and will continue to play in the future of Pittsburgh, Goehring, Rutter & Boehm has not only looked forward, but reflected on the past as well. One of the original tenants of the Frick Building, the firm began in 1902 with three attorneys and one practice area. Now comprised of nearly 30 attorneys in a variety of practice areas, Goehring, Rutter & Boehm reflects on over 100 years of legal practice and recognizes the benefits derived from the improvements to the downtown area directly attributed to the Trust.