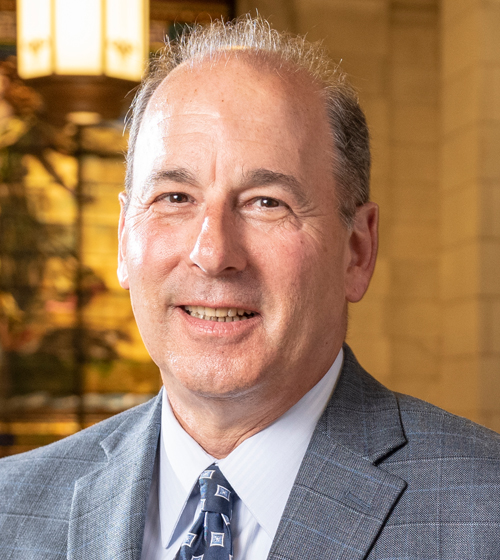 Howard J. Schulberg has offered his services as an arbitrator and mediator in the civil litigation field for more than 20 years. He has also served as a Special Master in the Court of Common Pleas of Allegheny County, presiding over both jury and non-jury trials. END_OF_DOCUMENT_TOKEN_TO_BE_REPLACED
With the growing interest in mediation it was inevitable that standards, rules, statutes and other guidelines would be promulgated by various organizations to help provide a structural framework for the process. One of the key components which has been addressed in these guidelines is the function and responsibilities of the mediator. With the recent implementation of the alternative dispute resolution pilot program in the United States District Court for the Western District of Pennsylvania, it is an opportune time to address this subject. This article will concentrate on some of the ethical standards which have been established by various bodies to help guide those who act as mediators.

There is little question that the parties to a mediation must have a clear understanding of the role of the mediator and the principles that govern the relationship. The conduct of the participants and the mediator in a mediation have become the focus of several publications. For example, the National Conference of Commissioners on Uniform State Laws has published the Uniform Mediation Act, and a joint effort by the American Arbitration Association, American Bar Association and the Association for Conflict Resolution resulted in the Model Standards of Conduct for Mediators (“Model Standards”). In 1996, our State Legislature enacted a mediation confidentiality statute (42 Pa.C.S. §5949) and the Pennsylvania Rules of Civil Procedure (“Pa.RCP”) were amended in 2004 to address the confidential nature of the mediation process. (See Pa.RCP 4011). The Rules of Professional Conduct must also be considered by lawyers acting as mediators as a result of recent amendments that address third-party neutral situations. A review of these standards reflects a common theme—the critical importance of the mediator’s ethical duties during every stage of the process.

The Model Standards are broken down into nine sections: self-determination, impartiality, conflicts of interest, competence, confidentiality, quality of the process, advertising and solicitation, fees and other charges and advancement of mediation practice . Some of these standards are also addressed to some extent in the Rules of Professional Conduct. Although all of the Model Standards review important issues, certain of them merit a more detailed analysis.

It is interesting to note that the authors of the Model Standards begin with self-determination although they admonish the reader to take nothing from the placement. Clearly the parties to a mediation are the focus and it is required that the mediator allow the parties to shape the process to their choosing so a “voluntary and uncoerced decision” can be reached. Interestingly, this Standard, rather than the one dealing with conflicts of interest, includes the admonition that the mediator “not undermine party self-determination” by outside factors such as increased fees, higher settlement rates, provider organizations, egos, and the like.

The Rules of Professional Conduct (“RPC”) do not address the situation of potentially undermining an ADR session but do prohibit a lawyer, acting as a “third-party neutral” , from seeking employment with any party or lawyer involved in the process. (See RPC 1.12(b)) No time-frame is placed upon the RPC preclusion and it can only be assumed that a reasonable time is intended as any further prohibition would interfere with one’s ability to practice law. To interpret this otherwise seems to run counter to RPC 5.6, which prohibits restrictions on the right to practice. The same consideration is noted in the Model Standards at Standard III (vi), which prohibits a mediator from establishing another relationship with a participant. The Model Standard allows the mediator to consider the time elapsed, the nature of the relationship and services offered to decide whether this might be viewed as a conflict. In arbitrations, subsection (d) of RPC 1.12 permits an arbitrator selected as a partisan in a multi-member arbitration to subsequently represent that same party. Clearly the arbitrator selected by a particular party would not be considered a third-party neutral and thus, the Rule is not applicable.

Conflicts of interest are of substantial import for both the mediator and the participants. Within the Model Standards most of the same considerations as addressed in the Rules of Professional Conduct apply in avoiding even the appearance of a conflict. Under the Model Standards the mediator is directed to make affirmative inquiry at the earliest possible moment to determine whether a conflict exists with respect to the subject matter of the controversy or in a relationship between a party and the mediator (personal or professional). The Model Standards require the mediator to divulge the actual or potential conflict and only upon consent of all the parties may the mediation continue. Nonetheless, if a conflict can be viewed as “undermining the integrity of the mediation a mediator shall withdraw or decline to proceed. . . regardless of the expressed desire or agreement of the parties.” (See Model Standard III (v.)). The Rules of Professional Conduct do not specifically address the conflict situation in mediations other than in the employment example cited above. Since the Rules of Professional Conduct concern current and former clients and the mediator has no “client,” they seem to have little, if any, applicability in this context.. At the same time, however, caution is recommended to those acting as mediators if they subsequently choose to undertake representation of a person or entity who is adverse to a party previously served by them as a mediator. While there is no hard and fast rule, the information gained during the mediation process is considered confidential and thus, the confidentiality must be preserved.

The confidential nature of mediation has long been considered a necessary part of the process. The Pennsylvania Legislature amended the Judicial Code in 1996 to specifically include mediation communications and documents as privileged, subject to certain exceptions. (See 42 Pa. C.S. §5949) Pa. R.C.P. 4011(d), which became effective October 1, 2004, makes express reference to the Judicial Code provision and prohibits disclosure of mediation communications and mediation documents, both of which are defined terms within the statutory provision. The Pennsylvania Legislature broadly defined “communication” as any “verbal or nonverbal, oral or written, made by, between or among a party, mediator, mediation program or any other person present to further the mediation process when the communication occurs during a mediation session or outside a session when made to or by the mediator or mediation program.” The term “mediation document” also has been given a broad definition to allow the parties the necessary freedom to provide the mediator with as much information as possible. 42 Pa.C.S. §5949(c). Furthermore, according to the statute, the mediation is considered to begin at the initial contact with a mediator or mediation program.

Another matter which must be considered in any mediation is the question of when a mediation begins and ends. This can be a crucial question considering the confidential nature of communications within the process. Under the Model Standards the exact beginning and end of mediation is left open and is to be determined based upon the circumstances. This would allow the parties to continue to shape the process even though they may not be in the presence of the mediator. Phone calls, written submissions and other communications could be considered as part of the mediation, depending upon the circumstances. The Rules of Professional Conduct may have some applicability although the mediation process is not a “tribunal” in accordance with the terminology of the Rules. For point of reference this Rule requires compliance until “the conclusion of the proceeding” which, according to the Comments is defined as the time when a final judgment has been affirmed on appeal or the time for review has passed. A definition of mediation is contained within the confidentiality statute (42 Pa. C.S. §5949) but only discusses its commencement .

Another of the Model Standards focuses on fees and other charges. This Standard suggests that all fee arrangements should be in writing but does not require it. Of interest to those acting as mediators, this Standard specifically prohibits being paid on a contingency basis. Obviously, basing payment upon the outcome creates a dangerous potential for compromising the process. The unequal payment of fees is also considered by this Model Standard. In the situation where one party pays more than another the mediator is cautioned to not allow such an arrangement to impact neutrality. Again, the Rules of Professional Conduct do not address fees paid to mediators but as with all conduct of lawyers the applicability of the Rules should be presumed. In that light the fees charged by a mediator should be reasonable taking into account the factors enumerated in RPC 1.5.

With the growth of mediation and other alternative dispute resolution processes, further thought must be given to adopting standards or guidelines for mediation as a whole. Not only does such a framework provide needed guidance, but it has the added benefit of giving the participants confidence in the process. Expending the effort to refine the role of the mediator can only encourage the continued growth and expansion of mediation as an effective means to resolve disputes when utilized appropriately.

As published in the September 2006 edition of Today's Attorney.
“
The Model Standards are broken down into nine sections: self-determination, impartiality, conflicts of interest, competence, confidentiality, quality of the process, advertising and solicitation, fees and other charges and advancement of mediation practice.
- Howard Schulberg
END_OF_DOCUMENT_TOKEN_TO_BE_REPLACED END_OF_DOCUMENT_TOKEN_TO_BE_REPLACED

Howard J. Schulberg presents CLE on the Use of Technology in Mediation and ADR

Howard Schulberg combined his insights as a trial attorney and mediator, and presented a CLE program based on an upcoming trend in litigation: an increase in conflicts settled through mediation.
END_OF_DOCUMENT_TOKEN_TO_BE_REPLACED

Howard J. Schulberg presents CLE on the Use of Technology in Mediation and ADR

The Use of Technology in Mediation: Inexpensive Tools to Present Your Case

There are many powerful tools that can be used to present your case in a mediation setting. As the saying goes, a picture is worth a thousand words, so why not make it as effective as possible?
END_OF_DOCUMENT_TOKEN_TO_BE_REPLACED

The Use of Technology in Mediation: Inexpensive Tools to Present Your Case